It’s getting better in my new home away from home (frankly, I did not expect so many little things to delay my enjoyment and feeling at ease in this new place – the most shocking was the lack of sun; then not getting enough sleep, waking up at 6:30 regardless of how late I go to bed). I need to start enjoying things soon before I find myself boarding a plane back to Europe.

I still want the ayahuasca experience, although I have never felt more disconnected from nature and my own body than I feel here – developing a sugar addiction which manifests as all-day long cravings is not really helping – coping mechanism for the lack of touch and affection. In other news, I’ve started meeting people – three of them so far, they seem nice, we have things in common, just need time and energy to meet again and grow the connection. Other recent endeavours, stepping into some Afro-Brazilian art (read Bahian cooking oil) at Centro Cultural de Sao Paulo, bravely going through favelas at Praia do Futuro in Fortaleza away from touristy areas and opening a coconut with a butter knife in my hotel room (note: material limitations frustrate me greatly, I have no problem going on stage during a conference to occupy the only available power plug or to take off my t-shirt and try on clothes in the middle of a store if the cue for the women’s fitting cabins is too long and obnoxious staff won’t let me use the men’s cabins, in spite of my insistence for gender-neutral treatment and no response to my legit question of how would they know if I’m a man or a woman?)

No pictures from Praia do Futuro, I did leave material possessions (read phone, credit cards) inside my hotel room in Fortaleza. The social and economic contrast is saddening, my hotel has one pretty façade for the touristy waterfront and an unkempt, ugly side for the back, for the real world. 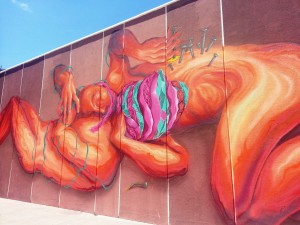 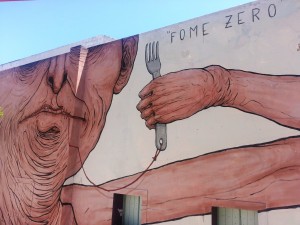 Attending the conference in Fortaleza introduced me to more local habits: the use of diminutives, everything is an –inho, -inha, um segundinho, um minutinho, for your waiting time, although if you get a minutinho in the north, you’re in for at least half an hour of waiting time. Everyone kisses everyone, including when they go on stage to give a formal presentation (to my amusement, one male participant kissed someone’s forehead before occupying a seat on the stage next to the other panelists). On Saturday, our guide – a woman in her 50s- was showering us with meus queridos,  meus amados,  meu amor on the bus during our three beaches tour on the coast of Ceará. Again, a very structured and pre-defined tourist track: we stop here for the photos, here you take the buggies (small 4-wheel vehicles) across the shore from one beach to another, here you shop for souvenirs, which will be delivered to your buggy. Oh yes, and they do take your photos without asking you first, which they imprint on small wooden boats that later you’re sort of forced to buy for 20 reais, because…yeah.

Going back to SP today (and yes, I don’t know how to goddamn align pictures). 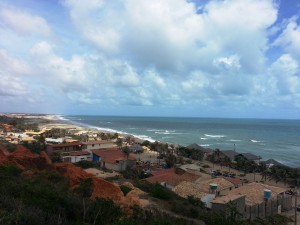 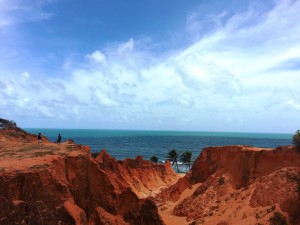 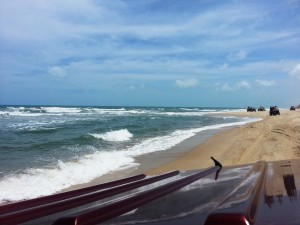 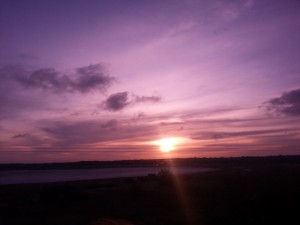